The buzzword for financial services in the digital age has for decades been ‘fintech’: the phrase used to describe new technology that “seeks to improve and automate the delivery and use of financial services”. As the 21st century approaches the end of its first quarter, for the self-proclaimed ‘cool kids’ of financial services the new buzzword is ‘open banking’: the system of allowing access and control of consumer banking and financial accounts through third-party applications.

At this point, you might be wondering why we’ve ignored ‘crypto’, which surely seems worthy of buzzword status? Indeed, it has been a popular and controversial term, but we’re interested in the buzzwords that can deliver transformative change in retail financial services, which by our definition, requires the improvement in the quality, delivery and choice of financial services for all consumers, in particular those who are classed as vulnerable or marginalised. Improving the lives of those who are already well-served by financial services may please shareholders and some customers but it does little to improve society, and thus the economy; nor does it realise the full potential of the technology developed in the supposed all-conquering digital age. Crypto, at this stage at least, has not achieved this.

Neither has fintech. In fact, it can be argued that fintech has done little to vastly improve the lives of most customers and has only benefited the providers of financial products and services. This is not necessarily a bad thing as long as the benefits are passed on to customers and efforts are made to go further and support those on the fringes of society. Mobile banking, saving pots, faster payments, neo banks, improved apps are all great developments but ones which we should expect in the 21st century.

This leads us to open banking as the torch bearer for change. 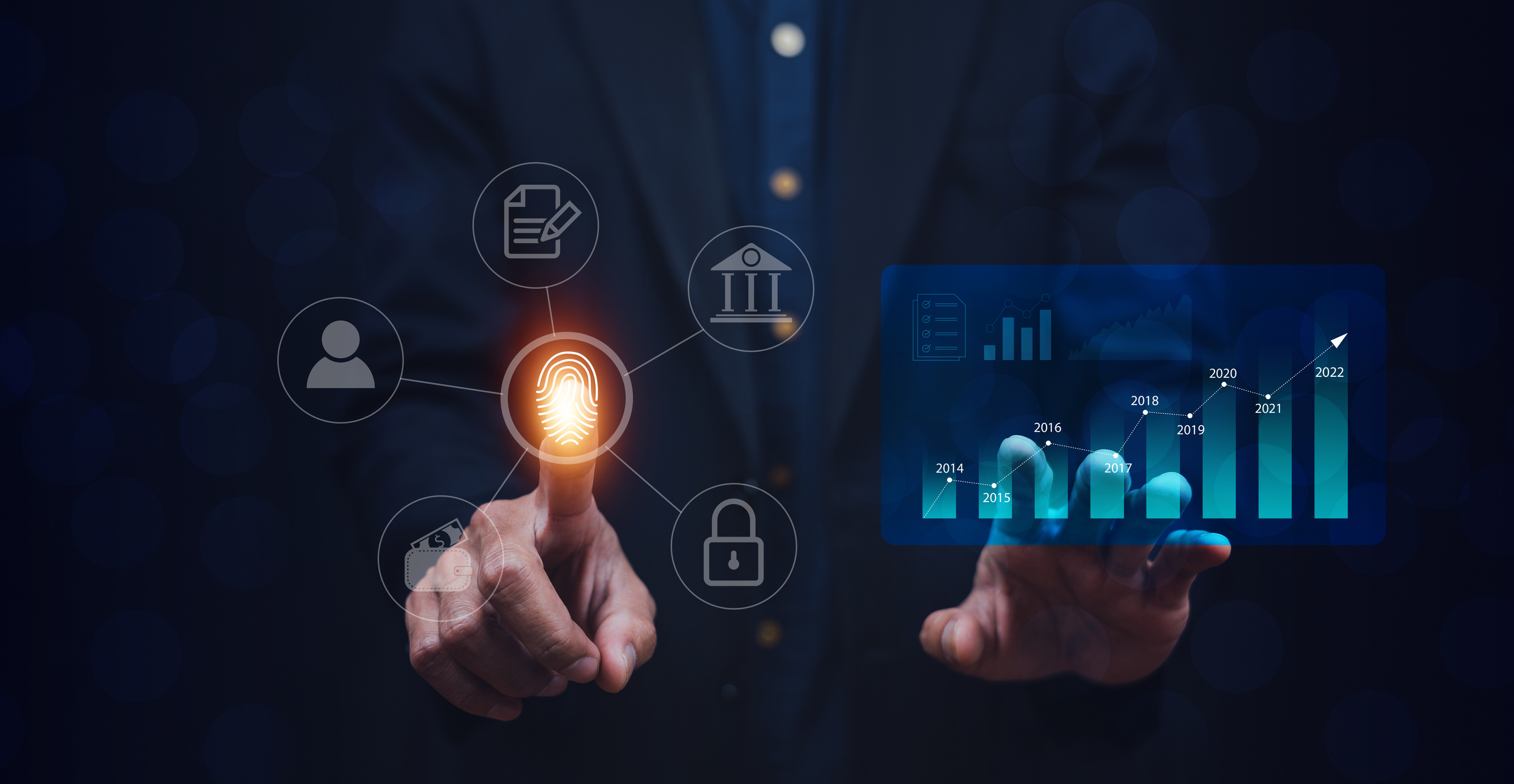 Open banking does not look the same in every country. In the UK and the European Economic Area it’s driven by a regulatory approach with banks obliged to act and develop the framework for solutions to emerge. In the US, Singapore and India, it’s driven by a market-led approach, which may lead to greater and faster innovation but inconsistencies in rules and regulations. Whatever the option, it’s taking off, with over 50 countries rolling out their own initiatives; Canada, US, Mexico, Brazil, Nigeria, China, Japan, Australia and New Zealand to name but a few.

From the perspective of the banks, with whom the success of open banking depends, there’s recognition of the advantages. A survey published at the end of 2022 found that the majority of financial institutions regard open banking as a ‘must have’ and those that have integrated the approach consider it to have had considerable impact in areas such as attracting more customers and improving customer service. However, while the realisation of the potential of open banking should be good for consumers it will create more competition for the banks. Brett King has predicted that by 2030 2 billion people will be using day-to-day banking services independent of banks. We might be finally on our way to realising Bill Gates’s famous 1994 statement that ‘banking is necessary, but banks are not’.

We see open banking as a major opportunity to transform financial services. Yes, the same was said for fintech but open banking, in theory, puts the end user in charge if the correct environment is created. That’s quite a big if when you consider that the banks are very territorial about their customers and are aware that tech-driven start-ups can offer quicker, cheaper and more enjoyable experiences. Its success also depends on trust: for years we’ve been told not to share their data, and now we’re being asked to share it. It will also take some time before we can fairly judge its success as its introduction is essentially a major infrastructure project that is at a very early stage.

We have developed five principles that we believe should underpin open banking and ultimately be used to judge its success. Following our principle should also help overcome the barriers to adoption. Consumers can be stubborn and can hold a grudge, which means there’s only one chance to get opening banking right, let’s not waste it.

Open banking requires a healthy relationship between the banks, third-party services providers and other organisations that offer specific services to customers. A healthy relationship is not an easy thing to achieve, particularly when one side, in this case, the banks, holds the balance of power. They have the customers, the brand and perhaps most importantly, the trust. People might talk about their contempt for bankers but pretty much everyone interacts with them in a meaningful way on a daily basis. And most of the time, the banks work: their ATMs dispense cash, their bank cards make payments, their branches are staffed (when open) and their apps and online banking services provide 24/7 access to your money. Why would you trust a new kid on the block to provide any aspect of banking if the old timer does it well? Good point, which is why the banks have to collaborate, endorse, support and have an overall healthy relationship with the new providers. It’s the only way that new innovations and user experiences will come to market, and the start-ups that are creating them survive.

2. A framework for ethical use of personal data

Open banking is all about data. Users consent to their data being accessed by a third party, who in return, offers services or products tailored to their circumstances. The ethical access, use and sharing of data is therefore critical to the success of open banking and open finance ecosystems. The collection of data is a controversial topic and one that can result in the consumer’s data being used beyond its initial purpose. To address this, clear communication about the nature of consent, the impact it will have on people’s lives, and how to withdraw it should be a minimum requirement. Industry and regulators must work together to develop an easy to access system of redress that is matched with serious penalties for companies that abuse consent or mismanage the collection of data.

3. Lowering the cost of payments

Card payments continue to rise and dominate point of sale (POS) payments. However, it’s becoming clear that the increased use is not resulting in lower costs for merchants. The USA, the world’s second largest digital economy, has the highest cost of card payments. In the UK, the 13% increase in card fees since 2015, despite c.20% increase in transactions, has led a coalition of retail associations to campaign against what they call the ‘card tax’, that is set to rise in line with increased use over time. This shouldn’t be happening. It’s encouraging to see regulatory action starting to correct this but much more can be done. With cash being used less often at POS, it’s crucial that merchant’s aren’t left without choice. For the countries that don’t have a ‘least-cost routing’ system in place (a brilliant intervention from the Reserve Bank of Australia) open banking can offer a solution by facilitating account-to-account payments at POS that can be much cheaper than card payments. There are significant barriers to overcome before it can challenge the all powerful card but the potential and demand for a solution is there.

This has to be a key feature of open banking and can be achieved in three ways. The first, is by realising our first principle, healthy relationships, with the banks promoting and partnering with organisations who are specifically serving the financially and digitally excluded (e.g. by offering affordable credit, debt management advice, digital support, basic bank accounts and alternative saving products). This will allow them to directly meet the needs of this cohort in a more tailored manner than the banks. The second is by continuing that relationship with funding and support for start-ups to enter the market and grow. This is best achieved through an industry-wide approach, e.g. through a collective fund with contributions from the main financial institutions and accelerator programmes. Finally, and this one is directed at the innovators, attention should be placed on creating analogue access to open banking to ensure that the digitally excluded, and those who are less confident using digital services, can also realise the benefits. Over the past few years we’ve been working with OneBanx, a great example of this, that offers in-person access to cash deposit and withdrawal services to any UK bank or building society customer.

Whether a country is implementing a regulator or market-led approach to open banking, it’s necessary to have good regulation to ensure that all of the above can be achieved. This is not an argument for over-regulation but rather for the right type of regulation, which involves regulators having the necessary expertise to understand the potential risks of the increased use of data. There should also, in our view, be an emphasis from the regulator for the banks to ensure that they’re supporting and not hindering the success of open banking. This can be attained by ensuring that the organisations tasked with overseeing the introduction of open banking standards include civil society and consumer groups to inform the direction of travel. They know how best to serve customers, particularly the vulnerable, and should therefore be invited to play a central role in open banking.

David and David have worked together for nearly 10 years and in 2020 co-founded Enryo, an independent consultancy designed to support the financial services industry as it navigates times of change.

If you found this article helpful and would be interested in reading similar articles by our consulting team, please subscribe to our newsletter.

To get notified of our latest posts, follow the Payments Consulting Network company LinkedIn page and click on the bell icon at the top right section of our company profile.