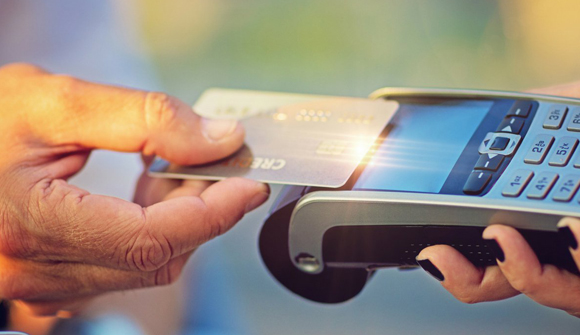 Stand In Processing, also known as STIP, saved a number of NAB merchants from lost business during the four hour outage on 26 May 2018.

At about 8am AEST on Saturday 26 May 2018, NAB’s card accepting devices – merchant terminals and ATMs – went offline. NAB’s electronic banking was also unavailable. This meant that a significant percentage of all merchant card reading terminals in Australia couldn’t process credit or debit card payments from paying customers. Bank of New Zealand, BNZ, is a wholly owned subsidiary of NAB, and its merchant terminals in New Zealand were also affected.

Credit and debit card acquirers in Australia are usually banks. In a credit or debit card scheme, like MasterCard or Visa, the acquirer is the organisation that has deployed the card reading terminal on the merchant’s counter at the point of sale. When you go shopping and tap or insert your card into a device to pay for your purchases, and maybe enter your PIN, you might notice that the card reading terminal has a bank brand on it, like ANZ, CBA, NAB or Westpac. That is the acquiring bank. There might be another brand, like Ingenico or Verifone – that is the terminal manufacturer.

The money goes from your bank’s account – the card issuer – to the merchant’s bank account via the acquiring bank.

There are many smaller acquirers, like Tyro, Bendigo and Adelaide Bank and Bank of Queensland, but each has a tiny share of the overall acquiring market. Square is also taking market share, but mainly with smaller merchants so far.

Five years ago, most Australian shoppers would have had some cash in their wallets or purses. Some might have had a cheque book, although that would have attracted sideways glances. Today, it is common not to have any cash at all. Tap and Go (contactless) card transactions have caused a decline in cash payments. They are so convenient that people are visiting ATMs and bank branches less frequently to withdraw cash and using their cards to make even small payments for coffee and snacks. Based on the Reserve Bank of Australia statistics, such changes in consumer behaviour have resulted in the number of ATM withdrawals falling by 25% between 2012-2017.

Therefore, if you were a NAB merchant, and your terminal wasn’t working on 26 May, your customers couldn’t pay for their purchases and either went somewhere else to a merchant whose terminal was working, or went without. This resulted in lost sales and the potential to lose repeat business if the customer liked the other café’s coffee. Note that NAB credit and debit cards still worked in other banks’ terminals, but no cards worked in a NAB terminal.

NAB apologised, and announced quickly that it would compensate merchants for losses. But the fact is that it happened, and it was very disruptive for NAB merchants and their customers. Many merchants were angry enough to consider changing banks.

Something very different happened at some NAB (BNZ) merchants in New Zealand. The normal case is that a merchant who uses NAB as their card acquirer gets their terminal from NAB. In some cases, they get their terminal from a third party who connects to NAB. One such third party is Payment Express, a card payment specialist originating from NZ that is also active in Australia. I’ve been helping Payment Express on their road to full acquiring capability in Australia and North America.

Usually, when a customer taps or inserts a card into a NAB terminal, the transaction is sent to NAB’s “switch” – the computer system that controls the terminal – which then decides where the transaction should be sent to obtain approval for processing. The card could be an ANZ debit card or a Westpac Mastercard or a foreign AMEX. Based on the card type and origin, NAB’s switch will send a transaction through one network or another, to obtain authorisation from the card issuer – ANZ, Westpac or whomever – including PIN validation, checking that the card isn’t lost or stolen, and then to generate accounting entries because NAB has to be paid so that NAB can pay the merchant.

This sounds complicated, and it is. Lots of things happen in the short amount of time you’re standing at the checkout waiting to say “No thanks” when the attendant asks if you want a receipt. The card payments landscape is steeped in history, tradition, acronyms and layers of complexity that represent 30+ years of evolution.

Payment Express supports “Stand In Processing” (STIP). If/when an acquiring network is unavailable, e.g. because maintenance is scheduled once a month, or, as happened on 26 May, the system was simply “down” due to error, Payment Express processes the transactions on the acquirer’s behalf, i.e. transactions are processed even though the NAB switch is unavailable. This happens seamlessly and in real-time, so that neither the merchant nor the cardholder knows that anything unusual has happened.

Imagine if all NAB merchants had STIP processing. Then the events of 26 May would have gone by completely unnoticed except by some back-office technicians.

A related capability is “direct to scheme” switching. Why should the transaction go through NAB’s switch only to then be routed through to AMEX, MasterCard or Visa? Payment Express can also direct the transaction to the scheme network on an acquirer’s behalf, potentially reducing the transaction cost for the merchant while improving reliability and response times.

As the use of cash for payments in Australia and New Zealand continues to decline each year, this is more important for merchants than ever before. If you’re a merchant, while price, functionality and reliability are all important factors when selecting a service provider, you may also want to consider what back-up options you have in place if something goes wrong.